When you are in the middle of a desert, only the distant horizons or huge dunes meet your eyes. You are forced to let the winds decide in which direction you are to walk, with all the sand that has gone in your eyes, making your vision increasingly blurry. You carry on with the drudgery, walking on bare feet along the hot sands. Most of the days are uneventful, and you don’t find yourself moving anywhere despite all the walking. But there are sudden sandstorms, savage and overwhelming. You gag because of the sand that has got in your mouth, and in the middle of your attempted flight, you tumble down a huge slope and end up in some sort of a pit. The ruthless storm is now burying you inside, and you can only try to swim your way out of the dust that threatens to swallow you whole, all the while crying a voiceless scream.

After days and days of fighting the odds, you learn to choose your steps wisely. But there are still things that could bring failure; a betrayal by your muscles and bones, for instance. The body only rarely withstands what resolve can. So I hold on to the trivial stuff I can use to get through every next minute – that waning flicker of a shadow that I dearly hope would be another human, those few lines from the book that I am yet to finish, and anything worthwhile that remains inside my head.

This is more or less the kind of sensations I undergo when I am in a tussle with my suicidal thoughts.

My tendencies to attempt suicide are not automatically born out of my hatred towards living. To put it simply, there are many different scenarios that I encounter where staying alive demands an immense amount of energy that I cannot afford then, or not existing at all seems like the most suitable alternative. And these don’t mean I hate life as it is. It is more like avoiding something that you find unable to cope with; something that shows no semblance of attachment to you.

Don’t get me wrong here – I lead a life that can be called as decent at the least, with enough social connections, conditions that help me have a job that I am moderately successful at and spend time on other things I like, a stable family, and other basic privileges. In a nutshell, I am equipped with everything that one needs to have to safely work out your ambitions and plans for the future.

When I read about possible signs that might imply suicidal tendencies, I don’t usually see many that reflect in my behaviour. But I frequently contemplate ways to achieve that specific result. Besides, there are a lot of other things that discourage me from going ahead too – letting down a lot of people who look up to me and value me (ironically the same thing that sometimes leads me on), or remorse for ending my suffering in one stroke but at the same time ensuring that the rest of the people in my life get to suffer for a lifetime due to that very action.

I hold on to the trivial stuff I can use to get through every next minute – that waning flicker of a shadow that I dearly hope would be another human, those few lines from the book that I am yet to finish, and anything worthwhile that remains inside my head.

When I think about it, the signs were more or less there right from my school days. I don’t recall any incident that resulted in these manifestations, but they had nevertheless started showing. I was always interested in that breed of poetry where the topics had a negative touch. Earlier, I had dismissed it by telling myself that such topics are easy to weave words around. Even though the darkness and pessimism in my writings reduced by the time I entered college, remnants of these still popped up in the subsequent pieces that I wrote in the next 3-4 years. But again, I can unarguably say that the content I created has in no way exacerbated my penchant for suicide. To be frank, it was my only reliable outlet as I was completely abstinent from alcohol and drugs during my first three years in college, by choice. Even though I did start consuming alcohol later, it never entered a period where I was overly dependent on it or was consuming too much of it.

But the temptation was real – the mere promise of forgetting everything and ‘living in the moment’ with the help of a small nudge from these drinks and narcotics. But I was too scared. I had always thought about myself as a vulnerable person, and I repeatedly entertained imaginary scenarios where I let my guard down and ended up making my life even more miserable in some way or the other. Despite all these, I had started to engage in self-harm, and thereby a downward spiral from which I couldn’t escape for a while. I still wonder why I resorted to such methods during those days, but I have also realized that gauging your situations once you get out of them is somewhat less difficult and entirely pointless, and sometimes there is absolutely no way you can rationally analyze your past actions, especially when you are put under duress by your own emotions.

During the same period, there were multiple instances of suicide in our college. And the manner of reception these unfortunate incidents had been met with was almost the same – shock, uncertainty, disbelief, guilt. I also sensed a general oneness along the lines of ‘we should have known’,’ only if they could talk to someone’, and the usual discussions about seeking help and reaching out. Almost as if these could have been consequences of a largely unknown phenomenon, and as if asking for help would have fetched exceptional results. It was just another representation of how things existed in our society, with the excessive stigma around suicides as a rare and shameful happening. That too, with no emphasis whatsoever on the need to be in dialogue with people who exhibit even mild traces of discontent or restlessness repeatedly. Around then, I was coming across a lot of edgy, unpleasant jokes and memes on the topic too. Honestly, until I actively started searching for information related to mental health and suicides, those were the only kind of content I was being exposed to constantly.

I don’t know yet whether I am in a safe space or if it is just a hiatus. For all I know, it could come back to me tomorrow while taking a bath, when I am outside running an errand next week, in the middle of sleep sometime in the coming month; it could even be in the next five minutes. I haven’t sought professional help yet, even though I have whole-heartedly tried to. But I do mean to go first thing after this pandemic is somewhat subdued. I hope that once I do, I will be able to finally have some answer to the kind of feelings I have been going through, or at least a sense of closure. I don’t know if I will finally be able to identify some sole reason behind these morbid thoughts, or whether I will be diagnosed with some disorder. Hell, I am not even confident whether these reasons alone, with no regard to my living conditions, social identity, or family history can be considered as fairly accurate. But overthinking is not going to yield much use, as most of these don’t come within my purview. Till then, I have to get by with whatever means are at my disposal, but at the same time, I can’t pinpoint things that might help me when the phases hit.

You can read the second part here.

(This article was originally published on the author’s blog here.) 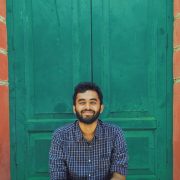 Gokul KP is a B.Tech graduate hailing from Kerala and is currently working in Bangalore. He is an aspiring journalist and strives to spread awareness about LGBTQ rights, feminism, and climate change. He also often writes about politics, mental health, and mainstream media. As someone who identifies as Queer, he is constantly working towards sexuality and gender inclusivity in all communities, one step at a time.

This Is What Living With Bipolar Disorder Looks Like

The Power Of #JustStay In Combating Suicidal Thoughts

Undoing of the Mind and The Rest Followed

#JustStay: A Pop-up at JNU for World Mental Health Day on Suicide Prevention