We have constantly strived to come up with creative and engaging campaigns and events, both online and offline. Our first ever campaign was a social media based campaign termed #DearMovies organised in collaboration with the celebrated Instagram page called Humans of Cinema. 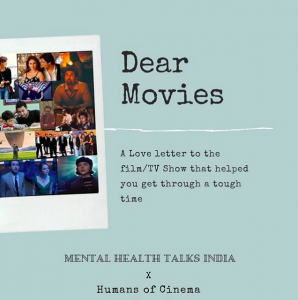 As a part of this campaign, we invited people to write love letters to their favourite films/shows that helped them through tough times. A lot of people could relate to the topic and that reflected in the kind of reach we managed through this campaign. The campaign gained massive traction with a cumulative reach of over 16000.

People poured their hearts out and write moving letters to not only their favourite films, but sometimes also to their favourite director and even their favourite character. It was lovely reading people express how Ved from Tamasha made them feel complete and inspired them to achieve their own dreams. 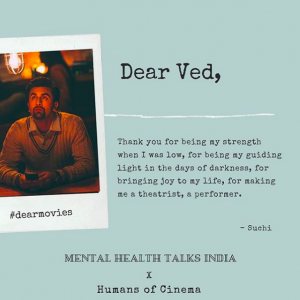 There was another letter written to the movie Zindagi Na Milegi Dobara in which the author mentioned how it was not only the main characters of the movie that sparked joy within them, but also the landscape of Spain, as if it were shot as a character of its own. 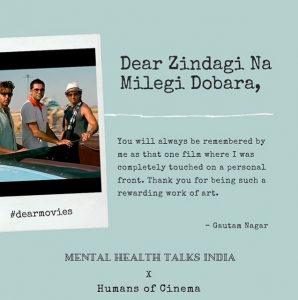 It was heartening to see the campaign reach out to more than 16000 people and initiate such important and empathetic talks around mental health in India through the medium of cinema. You can check out more such amazing stuff from the campaign here.

No Older Articles
Next Article

A Letter to Amrita from the Movie ‘Thappad’