This essay was originally published on Feminism in India here.

When just the thought of something leaves you in a state which makes it difficult for you to find your breath, only you know the intensity with which that “something” has affected you and/or still does. Getting myself to finally write this out has been a challenge, but now, I must free myself from this silent suffering.

Until the year 2015, I was constantly irked by how sensitive I was emotionally, in a world mostly hostile to such sensitivity and I was often found cribbing about how my mind gets me to keep overthinking and make things worse. But sometime around January last year, I realised that was still its nice side and that I had no idea what all my mind was capable of doing to me. The way depression finds a home inside every bit of you, slowly and gradually crippling one thing after another, is what makes it so dangerous. You probably start with constantly avoiding any kind of contact with people (even the ones you love, yes), while constantly seeking for a moment of solace in somebody. Then, you don’t want to eat for a week, followed by more weeks, turning into months and you’ll realise you are suffering. One sleepless night after the other makes you realise that a demon has found its way into your mind and it is insidious enough to not have any mercy on it. You start to be okay with that constant feeling of nausea foreshadowing anything you do, at any time of the day.

Above all, you start to be okay with sleepwalking through each minute of the day, absolutely unmindful of all that’s around you. And, before you realise it, you find yourself in a deep, dark abyss of emptiness with no hope of finding an out and eventually succumbing to it. You succumb to it, yes! You try to talk to the emptiness around and inside you and it tells you to give in to it. You submit to its constant reminders that you are nothing better than a corpse and that it’s time you become one for real. I resorted to its calling and tried to kill myself. Too bad, it probably wasn’t my time to die and I didn’t. But, looking back, the mere site of that demon leading me to drown myself to death or deliberately throw myself in front of cars on streets or overdose on Disprin, still gives me shivers. Who was that again? What was I doing?

That was when I realised the potential of my brain to mess me up to extents that are unimaginable in the ‘normal’ world. But I was being weak, right? You can talk yourself out of such mental states and if you can’t, you just aren’t trying enough. Right? Trust me, if you walk on this earth and call yourself a human being, it is better to shut your mouth and stay blank rather than say such shit to anybody who comes to you with these thoughts. Is it too difficult to do that? Empathy is difficult, I know, I give you that. But, sensitivity isn’t. No, not at all. It’s okay to not know what to do in such situations, you can just at least be a good listener and maybe hug the person who’s suffering. We don’t expect you to speak anything in return, we don’t need advises. We’ve gone into self-talk and advised ourselves way more than you can imagine, but that doesn’t help. Understanding, sensitivity and affection does!

Sooner or later, it got better for me after some five or six months because of how my loved ones eventually started to realise the condition I was in and kept getting me to express the teeniest of things to them. This worked well. Not having to keep my feelings and thoughts inside me just out of the fear of being judged worked as a miracle for me. It helped me give some off time to my brain and just empty it out whenever I heard the overload alarm. More so, it just made me confident of all that I am capable of enduring.

Now when I look back at those six months, I can’t hate that state enough for all that they took away from me, while at the same time be amused by the fact that I actually survived it. I would be lying if I state that I have been perfectly in form since then. The flashbacks of some particular days from last year came back to me when those dates were repeated again this year, and they managed to unhinge me even then. I was always afraid and couldn’t help but think that I could be dead if that attempt had worked, this day last year. People are usually in the habit of keeping a track of dates of pleasant occasions for celebrations, I am not too proud to have absolutely internalised the dates that consumed me at some point in my life and feel crippled when they show up in the calendar once again. But, the only difference now is that I know myself better, my triggers and my comforters. And, so do the people close to me. It’s just a little easier than before to evade the hideous creeping in of such crippling insanity in time.

I wrote this poem during one of the times when the flashbacks came back to haunt me:

Does it cripple you too?

How disturbing would it be?

to feel gagged by your own presence?

Do you see the paradox?

You’re the result of feeling too much,

While blocking the possibility of feeling anything.

If there is one thing you want to do for someone who is suffering, just extend a loving hand and tell them you are there with them and for them, without any ounce of judgement blinding you. That’s it. That’s all it takes. 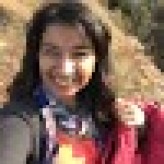 Adishi is a Gender Studies graduate from Ambedkar University Delhi. In May 2019, she joined Mental Health Talks India as a co-founder. In 2019, she founded Letters of Kindness. Her interest lies in advocating for mental and emotional well-being for a more sensitised world. She believes in deploying kindness and empathy as counter-forces to fight against widespread hate and insensitivity. Her writings on gender and mental health have appeared on various platforms, both online and offline. She can be reached on Twitter and Instagram @fembuoyant.

The 2 Most Important Life-Affirming Practices Therapy Taught Me

Working a Full-Time Job with a Mental Health Condition

Love and Codependency Don’t Go Together